In which I propose we all be more Horton. 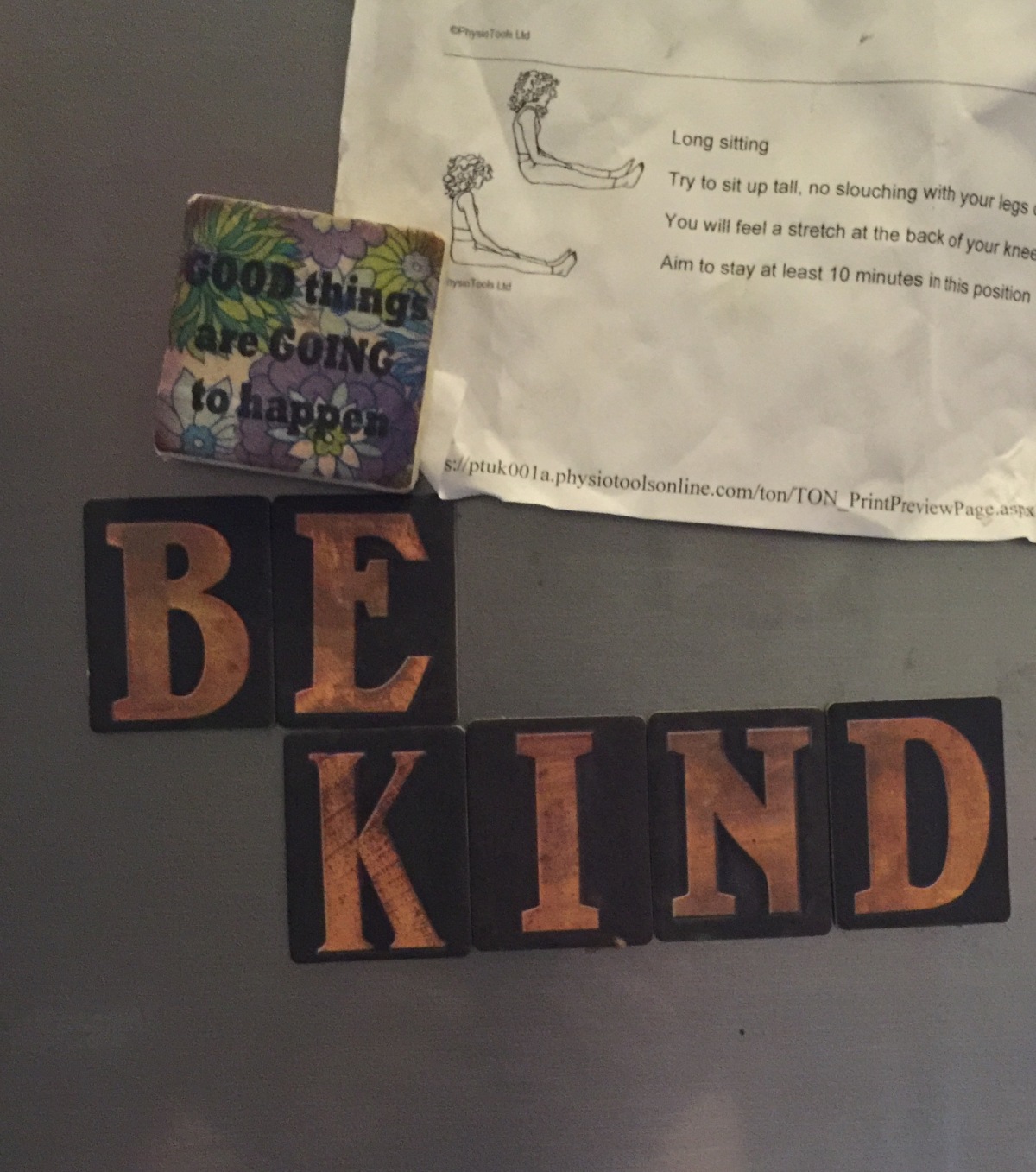 So here we are a bunch of sentient animals muddling along on a small blue planet. To help us pass the time, we make rules, create leaders and invent cultures.

After countless centuries of development what have we achieved on our small island?(The UK to you and me).

Democracy, Government, local and national, to help manage the money system we created. Generally these things should enable us to live comfortably and safely with our neighbours. On the whole they do.

Inequality still exists on a huge scale, and without becoming too political is largely the result of the capitalist system we’ve chosen to live by. (Which is remember only a concept we invented).

People help each other.

Elders impart knowledge to the next generation, keep them safe from harm and teach them the right way to be part of a wider group.

The more vulnerable are given extra help, but are also helped to use everything they have to give back to the community in whatever way they can.

Individuals within the community have a clear sense of their own self worth and how they fit into the wider community.

And when children leave education….

I fear they come up against historic prejudices about disability and cognitive difference.

They may hear labels used to describe them that are not life affirming.

There is no public moral outrage when they die in care or in the Health Service, their needs are sidelined because their own intrinsic worth to all of us is not recognized by the “Big Society”

They can’t use toilet facilities as they are not routinely provided for those who need Changing Places.

Poor access on public transport and in towns limits and isolates.

People do not help each other.

In short they are disabled by society.

Being encouraged, helping each other, being kind, making paths straight for the road ahead, these are the basic requirements of a fair and just society.  If they are not followed we all suffer.

Tell them. Tell our leaders, tell each other.

Do not judge an individuals worth on ability to earn.

This blog is part of  blog a day for Horton. You can donate here.

In which Pearl #ROFLs and Phil Spencer diffuses a meltdown. 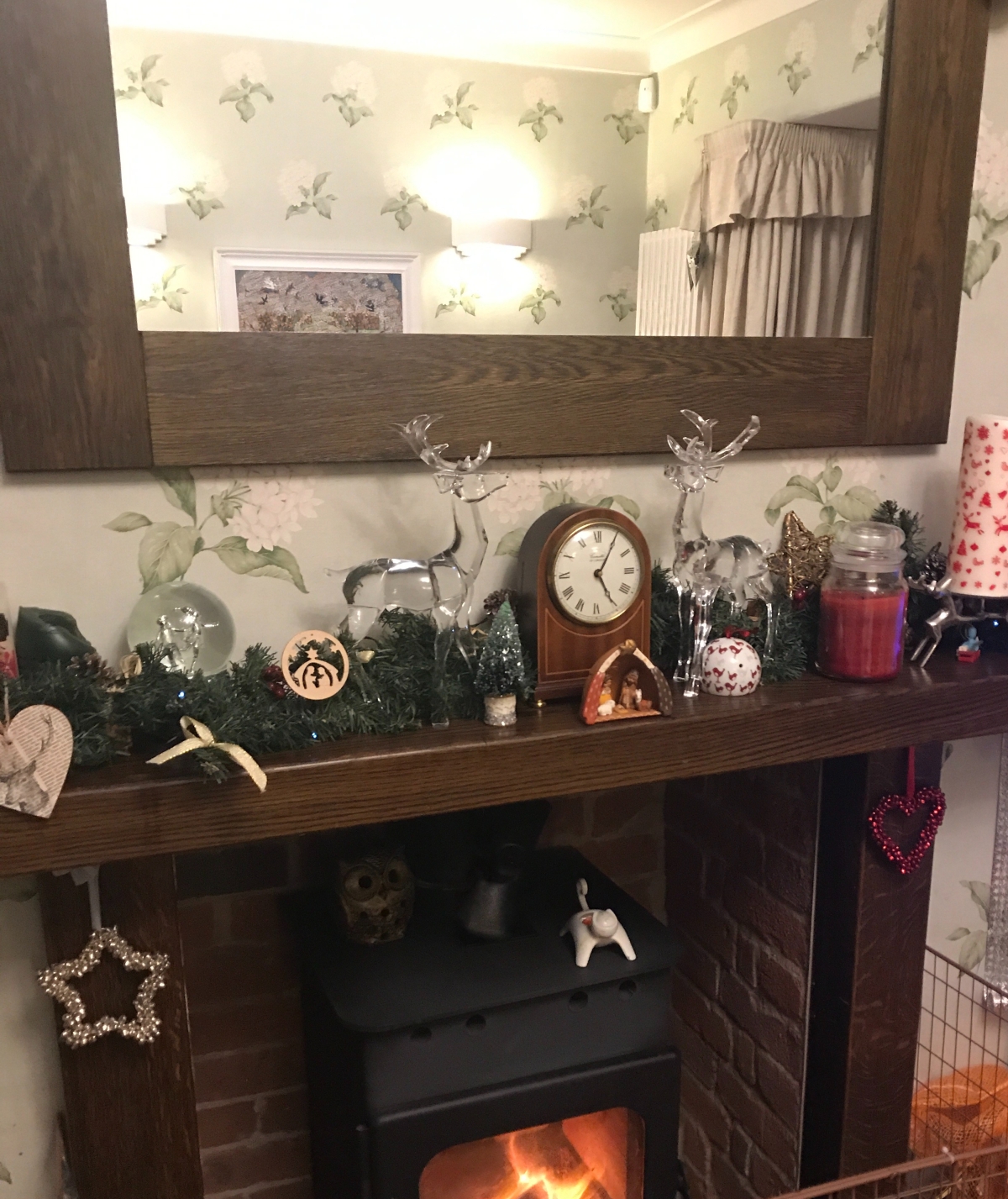 Accessibility is a big issue for us in Pearlie J Towers.

The smallest one has some independent mobility, but is limited,and is likely to become more so as she grows.

We have made some simple fixes to improve things, a grab rail here, a bath step there.

For the last two years we have been wondering, how can we future proof this place?Should we move?

Helpfully Channel 4 programme,  Love it or List it  deals with just these issues. Presented by go to property experts, Kirstie Allsop and Phil Spencer, property owners decide should they stay and renovate, helped by Kirstie, or sell and move, supported by Phil.

The added jeopardy which is needed to make the show viable is that one seller wants to stay, and one wants to leave. For added excitement Kirstie and Phil are pitched against each other. I am giving nothing away by saying Kirstie nearly always wins, the houses are transformed, moving costs are saved, and Kirstie roundly berates Phil for being a loser.

But today in my house it is very much all about the lovely Phil Spencer. He is definitely the winner (sorry Kirstles).

If you have a child with Additional Needs who has meltdowns let me tell you about the Phil Spencer method of resolving the situation.

Series  3, episode 1.  Really pertinent as one of the buyers has reduced mobility.

The house in question has a tiny upstairs toilet behind louvred doors. Phil decides to hide in the toilet. Kirstie after 17 years of partnering him is not fooled. She slowly advances up the stairs “Phil are you in the loo?”

Pearl’s iPad is dropped. Three of her favorite things are about to coalesce. A sense of anticipation, toilet humour and hide and seek.

As Kirstie approaches the top of the stairs the small one giggles in anticipation. (It has suddenly occurred to me that the scene is almost a complete reversal of the “Here’s Jonny” scene in The Shining, with added toilets and no axe)

The louvred doors burst open to reveal  Phil sitting  (oh the humanity) on the toilet.

You may never have seen Pearl laugh. When she is really tickled, physically or mentally her muscles tighten, her eyes close, she stops breathing and emits a slow squeal. It is utterly contagious and we all spend an inordinate amount of time trying to provoke it.

Pearl’s reaction to Phil Spencer sitting on the toilet fully clothed, was totally, totally splendid. She cried with laughter, she squeaked, she squealed, she had to be reminded to breathe. She actually threw herself bodily from the sofa and rolled about on the floor, laughing.

Of course we replayed it immediately, and like all classic comedy it did not grow old. It was simply marvellous, we taped her, we taped it, we had it on file for posterity.

This morning during school preparation something upset my lovely girl. I am not sure what  as intervening with PODD or using yes/no questions was not even a possibility. (Oh the joy of a non verbal child) Pearl was beside herself, welded to the sofa, the taxi had arrived, fat tears pouring down her cheeks and muscles tight with upset. Something (possibly my refusal to let her have a Creme Egg for breakfast) had gone very wrong. The taxi was waiting, she was having none of it.

Tentatively I pressed  play. Kirstie started up the stairs, Pearl’s tears continued. The taxi was still waiting.It wasn’t going well. Suddenly the louvred doors burst open and there he was, the Man of the Moment sitting in his glory on the loo.

This proved irresistible for a child with a finely honed ear for comedy, the mood in the room changed. The tears astonishingly stop. Pearl begins laughing and decides she must share this comedy gold with her Taxi Driver and Escort.

No matter what happens at the end of subsequent episodes of Love it or List it, no matter how many houses Kirsty radically transforms, know Phil Spencer that you are the winner in our house, and your magical ability to get my daughter on the school taxi this morning is  something I  for which I  will be ever grateful.

Oh and we  have decided to List It too!

Chat with me, Mother of Pearl on twitter @WrongKindofSnow

If you want a beautiful four bedroom house in Cheshire, or you are just nosey, click here.

In which turds resolutely remain unpolished, and I buy shares in bleach.

There are some words guaranteed to make a ten year old giggle.This morning Pearl was beside herself because I said knickers; poo and fart have much the same effect.

We are big on toilet talk in our family as an important precursor to actual toilet training  success. This post, is not, I’m afraid, a wonderful campaigning post about the necessity of Changing Places important as these undoubtedly are (you can find one of these here). It is instead a further insight into my complete inability to housewife effectively.

After a Bank Holiday weekend of waiting for a very constipated girl to poo, a delightful combination of movicol and mini enemas started things moving  (I’ll spare Pearl’s blushes, and it really isn’t her who needs to be embarrassed by this post). If you imagine a  coke bottle stuffed full with hard pebbles you can see that neither she nor I had a great deal of fun.

At the end of the weekend, we returned from our caravan of dreams with a huge bag of washing, and a digestive system slowly restoring itself to normal function. Desperate to get ahead of the washing, which was covered in chocolate coloured stains from both ends of Pearl, I merrily loaded my trusty washing machine.

Completing my first wash load, congratulating myself on my ability to restore order from chaos I hung some of Pearl’s lovely new t-shirts up to dry.

This morning the smell of ordure hung heavily in the air. I smelt the beautifully ‘clean’ shirts and gagged slightly. Then I opened the tumble drier to be met by the same smell. Pulling everything out I found what was apparently a piece of dried chocolate biscuit at the bottom of the dryer. Except it was actually a dessicated poo. Oh yes indeed.

Many irritating things have snuck into my wash and caused chaos in the past, tissues, red skirts, asthma inhalers  I’ve washed them all in my time-but this was a new experience. After a full and unexpected bleach of the  tumble dryer (accompanied by vocalisations of horror and disgust, and the occasional “oh shit, literal shit!) I went for a run to breathe in fresh air and rinse the idea of tumble dried poo from my mind.

Back, full of the smug endorphins that follow a run, I began to hang the washing on the line in the spring sunshine. I was congratulating myself on saving an unpleasant situation with optimism, quick thinking and bonhomie. What a model of resilient good humour I am. If it was possible to receive a Nobel prize for Special Needs Parenting I was surely on the short list. But wait,what was this? A t shirt, fresh smelling,with a huge brown stain on it, surely not more chocolate? Dear reader I was right, it surely was not.

I’ll admit, I have form with faeces. When The Glory was being potty trained, she snuck into our understairs cupboard for some privacy, it was two days before I found a human poo on the floor of said cupboard.

More recently, this  winter, with the electric heater on, a nappy disaster featuring a fast moving Pearl and a subsequent poorly anchored nappy tab, lent me the ablity to use the phrase “the shit hits the fan” non figuratively.

Anyway back to today’s disaster. Running (fast) back to the machine I found a poo squidged into the seal, and, dear Lord why had I not noticed this before?-a damp, glistening offering (Bristol Stool Scale 1 ) which had been through an entire 40 degree wash. Reader you may not be able to polish a turd, but I somehow had managed to wash a whole nappies worth, minus the actual nappy.

At times I reflect on the Special Needs journey and wonder how my life would be were I not living the dream. I can tell you that unequivocally there would be less literal shit, and piss taking, although with a family of five of a sarcastic bent, plenty of the metaphorical stuff.

The time I’d saved “getting ahead with the washing” added an hour to my cleaning of the laundry room, an hours 90 degree and bleach cycle, on an empty machine, and rewashing two loads of suspect smelling clothes.

As you can see I’m very efficient (spell check attempted to change this to effluent how apt!) A marvel of time management. Also practical, and pragmatic, having ignored my initial temptation to throw away all the clothes and set fire to the house to clear the smell.

Now the whole sorry episode is over with no one any the wiser.  Apart  from you, dear reader, and I trust you to take it no further.