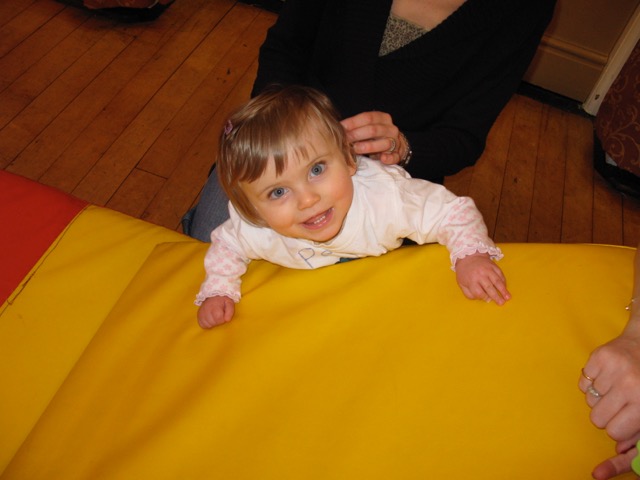 I have always been a homebody. I like being at home with my things around me. I enjoy making house, choosing decor and having a quiet space. Mr Pearlie J is much more gregarious and could live life as one big party. This is the man who watched a programme before we had children about a family of 13, looked at me and said – “that would be excellent wouldn’t it”?! (We’re still married) I do extrovert in public but only if I get to come home and recover peacefully in my own surroundings, preferably with a book and a blanket (I’m so rock and roll)

Now gentle reader, my home which had always been a place of refuge, became open house for a variety of professional visitors, who could turn up apparently at will.

The very first was an utterly phenomenal Physiotherapist who was also a ‘school gates’ mum. In retrospect she set the bar really high and made me believe that professionals were there with practical help, to make a supportive plan for me,  Mr Pearlie J & Pearl. I,  remember, had been one of these professionals. I really believed in the therapy services and the “Multidisciplinary Team”. For the uninitiated this is a group of professionals from different disciplines, including medics, therapists and social services. This team works together, sharing information and including the patient/carer as an equal in problem solving. I’d worked in hospitals, this is how we rolled. It was effective and rewarding. Unfortunately it was also something I was seldom to meet now I was officially on “the other side”.

Initially this Physiotherapist phoned me to check it was alright to come, as we knew each other. It really was. She was lovely with Pearl and spoke to me as an equal. This didn’t strike me as strange, but became increasingly rare as we moved through the system. Pearl was thoroughly assessed and Hallelujah! A reason was given for her inability to roll over. (Hyperflexion in her hip joints) Perfect. There was a problem, it was purely physical, and it explained the knock on effect to the rest of her development. We could put it right and she would catch up!

The awesome Physiotherapist showed Pearl how to roll over. (The method she had been using of throwing her head forward and shouting crossly had proved ineffective). She showed me how to facilitate rolling. In three days Pearl could roll over! This was brilliant, I was amazing at parenting and at this rate she’d be up to speed in a month. Hurrah!

We started working on crawling. Mr PJ and I spent days on the floor at opposite ends of the carpet.  Pearl was strung up with a towel around her middle, letting her take some weight on her hands and knees., while her Dad did amusing and encouraging things to remind her that locomotion was a good thing.

We started to breathe more easily. Obviously there was a problem, but it was responding to therapy. We were proactive parents, with help we could sort it out. Pearl was taking a different route to the same place as her peers and siblings. One day we would look back and laugh, oh how we’d laugh, at how concerned we had been.

I should probably introduce you at this stage to The Godmother. I met her when I was training to be a SALT. She was too. She was stylish, attractive clever and funny and became one of my very best friends (Still is). The Godmother was outgoing, opinionated, political and independent. She became the eldest’s Godmother. Oh and she also had cerebral palsy. This impinged on her walking and movement but she lived a normal life with very little effort (how I’ve had to apologise for this lack of insight on my part since Pearl arrived!). Anyway as far as we were concerned she was the model of how Pearl would probably end up. Physical problems, fine cognitively, and able to function without much help. This was what we wanted. Enough disability to be character building without being too distressing – you know the kind of thing. For all these reasons, Mr PJ and I decided that this is what would happen with Pearl. This is what her future would look like.

The physiotherapy was all encompassing, but it was working-I had a project and was back in control. By the power of therapy I expected to have Pearl standing and walking by her Paediatrician review. We’d be signed off and congratulated for being such awesome parents.